Forgot all about Livejournal!

But for me, Quora is the new LJ in terms of community.
See Miguel Paraz on Quora.

End of the World as We Know It
Robert Frost speculated about the world ending in fire or in ice. Which do you think is likely to end us all: meteorite, global warming, nuclear weapons, zombies, or the superflu?
Reply 274

I don't know, but they forgot the "Large Hadron Collider" option.

Swine Times
Are you worried about catching the swine flu? Do you have a plan for avoiding contagion or dealing with quarantine?
Reply 210

This is a silly question, but maybe this can get me out of my blogger's block.

Hey I haven't been posting here in LJ! Since it's 2007... time to post again? Nah, I just have a meme to post! From my main blog: the disclosure meme: five things about me you probably didn't know

Fear. I fear firecrackers, so none for me this new year. I have never lit one. I guess that saved me some body parts. I fear horror movies for the gory parts. I never watch them.

Mood. I have bipolar disorder. So slow me down when I'm hyper, and catch me if my ideas are flying!

Femininity. No, not what you might be thinking! I take pride in my nice, girly handwriting. I feel I have a strong feminine side.

Satisfaction. I have stereotypical feminine food tastes: I don't like meat, but I love carbs and sweets too much, especially baked goods. I also developed the strange habit of eating with one hand only, either a fork or spoon alone. (Which is good since it slows down my eating.)

I haven't felt like writing a travelogue - lazy blogger me. Here are some of the things I've been doing: 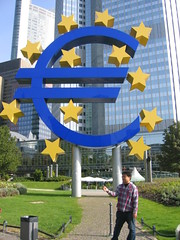 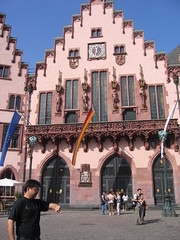 and entered its old church: 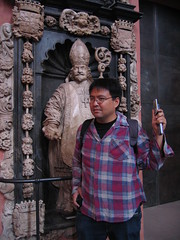 Visited Heidelberg, and its castle: 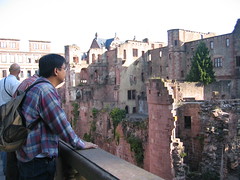 Finally got to eat some German food: 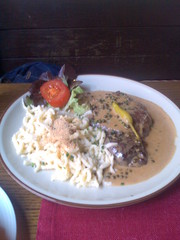 and catch a special Düsseldorf beer, brewed only three times a year: 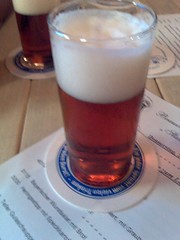 And of course work. Which I don't post about, even on my main blog. Let's just say, I'm very bullish about it! 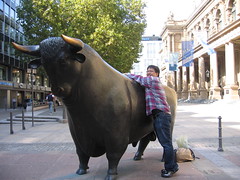 More pics in mparaz @ flickr. Taken by my friend who lives somewhere near Frankfurt and joined me for the weekend.

I've uploaded some pics to mparaz @ flickr. Apologies to the poor quality, I am no photographer.

Some stuff I've done:
walked around - it's nice to walk and you don't feel tired when it's cool;
tried the different urban transit systems - bus, Straßenbahn (streetcar) and Stadtbahn (light rail transit);
visited the Altstadt (old town) with the "world's largest pub" - streets and streets of outdoor pubs/restaurants;
visited the Königsallee - high end shopping avenue;
went up the Rheinturm (Rhine Tower), 168 meters above the Rhine with a great view of the city;
ate bratwurst mit brötchen (in bread), döner, schnitzel, turkey, fish & chips;
drank some Altbier (which had a nasty bitter aftertaste), gotta try others;

I'm out of the country again. This time, for more training in Düsseldorf. I arrived yesterday (September 17). No touristy stuff yet, except for walking around the hotel neighborhood. No incidents, yet. (whew!)

The trip was long since it was Emirates: Manila-Dubai, Dubai-Düsseldorf. The line at NAIA 1 was very long since they were checking the passports of the Dubai-bound OFW's. 8 hours to Dubai, which went by fast thanks to the very new inflight entertainment system with movies and TV on demand. Then a very long 4 hours waiting at Dubai airport. The terminal here is really overflowing - not enough space for the volume of people passing through. The waiting areas are behind the security check/boarding pass submission, so no chance to properly sit down.

At Düsseldorf, the baggage claim was so fast. We waited so long for our flight's belt, to find out later that it finished quickly and our baggage was at outside the cargo office. This happened no thanks to the long lines at immigration - not enough officers. It's a Sunday! Also thanks to the Sunday, we had another little problem. The money changer was closed, but there was a slow ATM-style machine. Which only accepted up to US$50. $100's no good. Fortunately, I had a $20 with me, good for less than 15 euros, and I was able to withdraw 20 euros from my BPI account which had only PhP 2,000 left. So, I had enough to take the cab to the hotel. 17 euros.

The hotel room was pretty small, like those you see in the movies. I wanted to sleep normally and adjust, so I stayed awake until 10pm. I walked around the neighborhood and checked the bus stops. The temperature is OK, not as cold as I had feared (whew). For dinner I ate a doener at a Turkish place. 2,40 for the doener and 0,90 for drinks.

Today we went to the office. Quite a long walk to the bus stop, then around 15 minutes' bus. The office is at a business park-style place at the outskirts of town. We crossed the Rhine river on the way - now this is Europe!

I've seen lots of stuff on the web... so it's about time someone thought of this.


Exactly on September 17, 2006, is 100 days from Christmas… and 100 days from that day, I vow to prove that love can happen if you are determined. It’s not a mission.. .. or a goal… or anything like that…. But it’s a Christmas Wish … that by Christmas, I may find that smile that can get my attention…. If not a relationship, at least, someone real, and a potential which we both can work on. :-)


Can you help him? Check out his site, and refer him a date so he could fulfill his wish!

So when I found out from

agabot that Heath Ledger was going to play the Joker...

... I just had to find out more. So I checked Wikipedia for The Dark Knight film...

More reads:
Is Batman Gay?
Where They Went Wrong: Superman and Batman Spend the Night Together (warning: very funny)